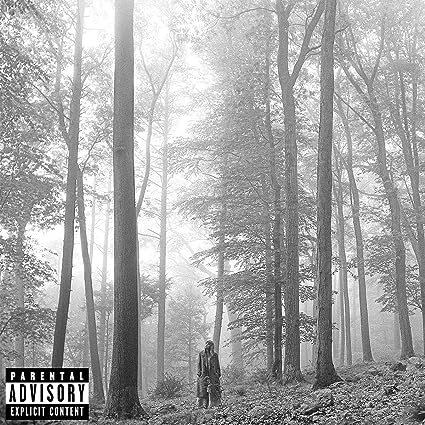 People who (still) read this blog know that I can't NOT review a new Taylor Swift album (though my review of 2017's Reputation was just done in a "best pop songs of 2017" post); this includes the surprise release of Folklore in late July. As she did with Red, Taylor cultivated new sounds by inviting new collaborators, this time The National's Aaron Dessner and others. She is also more explicitly songwriting the stories of other people (though she has actually been doing that for a long time).
Like many of the glowing reviews I've read, I agree this is not a bad album; the production and arrangements keep interest, like the subtle, string-like effects on "Cardigan." The songwriting is often complex: verses made of up many chained subphrases that build over time, like in "Mad Woman" and "Epiphany," and return sometimes unpredictably; in the layered duet in the last half of "Exile" with Bon Iver, the melodies accentuates important words; "Mirrorball" has a verse and chorus that both sound like choruses. There is some great lyric writing ("My Tears Ricochet" about her split with her label, Big Machine records) and nice turns of phrase (like "I was so ahead of the curve, the curve became a sphere" in "This is Me Trying.")
On the other hand, after listening a few times, I am not sure that any of these songs are going to jump back into my head like many of Swift's other songs (I just had a "Cruel Summer" from 2019's Lover stuck in my head this week). At 16 tracks, this is a long album, and some of the songs seem a little longer than they need to be, maybe a little more contemplative than I prefer.

While Swift is still using “devils roll the dice” motif that plagued Lover and Reputation, at least the motif is not used quite as prominently or often. The most obvious use is in "Peace," where it was employed almost exactly as in previous Swift songs. The motif occurs repeatedly in the chorus of "Cardigan," mostly in its downward form. It is also in the pre-chorus of "Mad Woman."
But Swift has a new songwriting strategy that would, again, be fine if she used sparingly, but instead she uses it over and over on Folklore. Her chained subphrase strategy of writing (mentioned earlier) often puts these long phrase structures over the same repeated chord patterns, sometimes even into the chorus—this leads to choruses that don't arrive as forcefully, and songs seeming longer and less varied than they might be. Songs on Folklore that fit this pattern: "The 1," "Cardigan," "Mirrorball," "Seven," "August," "Peace," and "Hoax"—that's almost half the album using this songwriting strategy. The production tries to obscure the laziness of the chord changes, and mostly succeeds, but I am left with tracks with too much sameness. Even "Mad Woman" and "Epiphany," though they vary up the chords with the subphrase chains, end up with very little contrast.

I think three songs rise above the crowd in Folklore:
What did you think of Folklore?
Posted by Peter Shirts at 9:31 PM No comments:

Last post, I presented my top six albums of 2019. But I wanted to share additional songs not on those albums that you should check out, so I made a mix. 2019 featured a bumper crop of socially-conscious songs, probably more than any other year since the late 60s, and I included some of my favorites in the playlist. I left off Billie Eilish and Lizzo, however, because they seemed omnipresent already. Here’s a Spotify playlist and some brief comments about each track (in no particular order):


Posted by Peter Shirts at 9:30 PM No comments: