Japan's winning focus on the physical


Continuing the theme how music makers earn money, I'd like to turn to some big news this week. For a while, Japan and the U.S. have been the top two music markets in the world. Combined, these two markets make half of the world's music revenue. What's new is that for the first time, Japan is close to becoming the world's largest music market, trailing the US by just 1.3%. And gaining. With the U.S. market shrinking and Japan's growing, it seems inevitable that Japan will take over as #1 in the near future.

So, I'm sure you're wondering, how can a country that has only 130 million people be as profitable as a country with over 310 million? Well, it's a complicated question. In case you were wondering, the people in Japan do not have as much disposable income as those in the US. According to the OECD Better Life Index, the average family in the United States has way more disposable income than in Japan ($38,001 in US vs. $24,147 in Japan). But the Japanese may be more willing to spend that money on themselves, says one Japanese record producer: "After the [economic] bubble burst…people were no longer interested in one another's welfare…people just spent money on themselves."

Perhaps it's the types and ways Japanese market their music, producing large numbers of boy- and girl- bands that rotate members and churn out popular hits, often using TV music videos to get their music out. See this fascinating 2005 Guardian article about these J-Pop bands and their loyal "otaku" fans (quoted above). It's hard to argue against brand loyalty. But music in Japan is not limited to these types of groups, either.

Is music just better in Japan?


I'm not sure, but the consensus of the articles I've seen is that the Japanese music market is still growing because music publishers are focusing on physical purchases: CDs and DVDs. These companies there decided to re-invest and make the packaging an added value and really push those sales. CD sales doubled in the first quarter of 2013. Actually, 80% of the Japanese music market revenue comes from physical CD sales. I can tell you the U.S. market is nowhere near that.

And this Japanese strategy makes sense. After all, the golden age of US music industry sales happened right before the digital revolution hit. CDs make more money than digital for everybody: the artists, the producers, the retail stores.* Couldn't musicians just boycott digital release of their music? It's not quite that simple, unfortunately. It's hard to trade the price of cheap, global distribution.

Personally, I still buy most of my music in CD form. First of all, it's better quality than a download—though many times I just download straight onto my iPod for listening. But I can still loan a CD out, which I couldn't do with a download (Libraries can lend them out, too.) And I don't have to worry so much about the cloud or my hard drive breaking down.

What do you think? Should the US stop focusing on digital downloads and go back to pushing CDs? Or is Japan's CD renaissance just a bright burst before a fall?

Vocab: J-pop (click here for my recently-posted example of this genre)
Posted by Peter Shirts at 5:47 PM 1 comment:

Email ThisBlogThis!Share to TwitterShare to FacebookShare to Pinterest
Labels: Money


I recently heard an (old) This American Life episode about what we learn from music lessons. While much of the lessons illustrated on the program were tongue-and-cheek, one thing that music lessons teach us is concentration, which, according to NPR's Science Friday, is something kids desperately need to learn. The point of Clifford Nass, a psychology professor at Stanford University, is that while everyone (men and women, at least for media tasks) thinks they are being more productive when they multitask, they are all fooling themselves. The antidote for unproductive multitasking is learning how to focus our attention on fewer things and so become more productive. I think music is perfect for this.

Why does music teach us concentration? Well, music is complicated enough, and the coordination required so great that one really needs to focus their whole attention. While it might be easy to listen to music while you check Facebook, it's very hard to practice music doing the same thing. Music rarely pauses, and while one might start and stop while practicing, the final goal is to limit interruptions, which is the opposite of multitasking. Also, in order to improve in music, one needs to practice. Practice is really learning how to repeat something until it's always correct, and that takes patience and persistence.

But there are other ways, right?


Couldn't we learn how to concentrate by another method? Yes, I think one could learn concentration with other arts (such as theater, sculpture, pottery), or sports, or maybe even video games. But music, in my mind, is superior because it combines 4 things:
But, some might argue, that when one performs music, they focus on many things: watching the conductor, counting beats in their heads, moving their fingers, controlling complex breathing patterns, and sometimes marching. Isn't that multitasking? Well, Professor Nass counters this argument: "It's extremely healthy for your brain to do integrative things. It's extremely destructive for your brain to do non-integrative things."

Extremely healthy indeed. Now if we could just pay music teachers more for their needed and health-giving service. Maybe as much as athletic coaches? In my dream world, anyway.

*I will track down studies that have proven these points for next week. Or if any of you know where to find them, please comment!
Posted by Peter Shirts at 8:57 AM 2 comments: 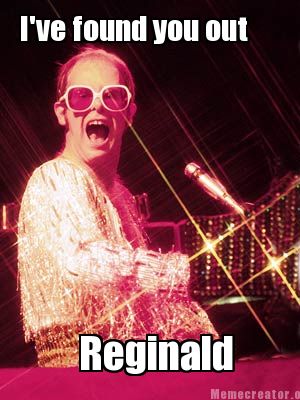 So, the Pseudonym game winner is one-time guest post writer Brian Tanner, who's currently doing an internship with Samuel Goldwyn films. He will receive a music download of his choice from Amazon and a guitar pick! (1) Thanks to everyone else those who participated (Bradley).

Here are the quiz answers, for those of you who haven't already looked them up:


Why all the fuss, just for show?


I hope at this point you are asking yourself: "Why? Why do artists adopt pseudonyms?"

The obvious answer is these artists thought their names were not appropriate enough for the presentation of their art. But let's dig a little deeper into this phenomenon, which happens not just in music, but in many arts.

When listening to music, especially solo vocal music, it is as difficult to separate a singer's persona from their music as it is an actor from their given role. While we watch Martin Sheen performing as President Josiah Bartlet, we are still aware that it is Martin Sheen. The cognitive tension of this dual personality usually adds to our enjoyment (though it could also detract). With pseudonyms, however, this symbol goes one step deeper—Martin Sheen is a stage name for Ramón Antonio Gerardo Estévez, a name which might (unfortunately) color our perception of who Josiah Bartlet might be. Similarly in music, a singer or performer's persona can either accentuate or detract from the message of the music. In cases where they believe it advantageous, artists have taken pseudonyms to control the persona-representation dynamic. While Henry Deutschendorf singing "Rocky Mountain High" is fine, changing the artist's name to John Denver somehow adds some level of authenticity, even if it's feigned.

Because adopting new names seems to have some effect on audiences, musicians (or their producers) have attempted to look like what they think their music sounds like. These expectations are especially in some genres such as country music, glam rock, and metal, where your character is almost as important as your sound. After all, these are performers—they aren't just singing, they are putting on a show.


But what about honesty? For someone like John Denver, who's persona was folksy earnestness, shouldn't his use of a pseudonym ruin our image? I think there is three possible reactions: one, we just don't know; and two, we just don't care; three, we feel betrayed. John Denver, Peggy Lee, and Elton John are examples of not knowing, as many people are unaware that these are not their real names.

For the second option, not caring about the pseudonyms, I think the best example, and perhaps the most adept at persona creation, is David Bowie. Besides his pseudonym, he has taken on many personas, such as Ziggy Stardust and the Thin White Duke. Of course, he is no stranger to acting, having performed many roles on stage and screen. In the case of David Bowie, his prowess at adopting new personas is his appeal, we might not care that his "real" persona is also a fiction. (2)

On the other hand, pseudonyms might lead to feelings of betrayal just as perceived autobiography might add to feelings of authenticity. I think the reason why someone picks a pseudonym is just as important as the pseudonym itself. If we perceive their re-labeling as an important necessity, or they have produced art that we care about, then we might forgive them or even encourage them with a knowing smile. Perhaps in the case of John Denver and Sting, they truly become their character and it fits their real-life personality more than their real names. But if their real personality starkly contrasts with their performance, we are less likely to forgive. (3)

Perception important, but not the whole pie


So, how one perceives the delivery of a message can change the meaning of the message, especially in something as abstract as music that can easily be interpreted a number of ways.

While the listener's perception of the artist is important, however, I believe the music is really more important, just as a fancy envelope is not really going to make a difference on whether we think its contents are junk or genuine mail.

What do you think of pseudonyms? Are they a useful tool or a unnecessary, unproductive fiction? What about singers who only use one name (called a  mononym) – what does that mean, and why are they almost all women (Cher, Adele, Kesha, Rihana, Jewell, Elvis)?

(1) This is a small operation here.
(2) Right now at the Victoria and Albert Museum in London, there is a whole exhibition on the many facets of David Bowie called "David Bowie Is". I attempted to go, but the line was tremendously long.
(3) For more about fiction and songwriting, see this previous post.
Posted by Peter Shirts at 8:55 AM 2 comments: